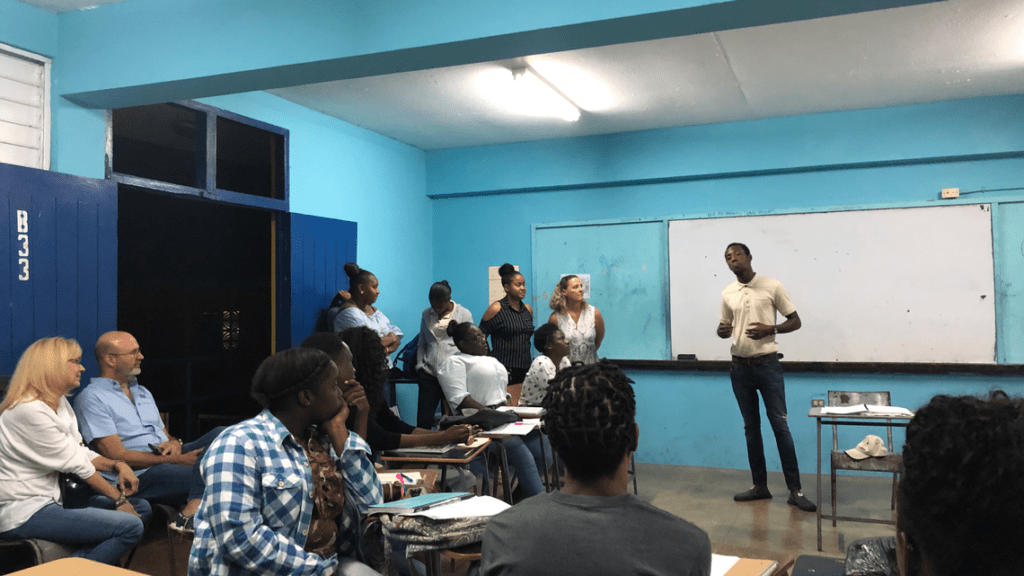 Church attendance in America has been in a secular decline for decades—and South Florida is no exception.

With less than 40 percent of residents reporting active church attendance, Miami ranks near the bottom among major metropolitan areas in expressing religiousness. That puts it just above places like the Bay Area, Seattle and Las Vegas, according to a 2010 Census by the Association of Statisticians of American Religious Bodies, which studies religiosity in the U.S.

But two longtime South Florida businessmen are showing not only that faith is alive and well in South Florida, but that it can also motivate entrepreneurship. Their initiatives are a twist on social entrepreneurship, a concept gaining traction in the business world that combines social benefit with business.

James Merritt, known to friends and colleagues as “Al”, spent more than two decades running Miami-based medical supplies firm MD International before selling it for an undisclosed sum. Whatever the amount, it afforded him an enviable level of material comfort.

“I decided I had enough money,” he said.

He had long donated to local charity groups and foundations. But as he found himself with not only more financial freedom but more time, Merritt said he was motivated to start something new.

Merritt’s church, Kendall United Methodist, had been working on service projects in Port Antonio, Jamaica, on the island’s northeast coast for several years. Without a natural harbor like Kingston, northeastern Jamaica has been largely left out of the island’s main economic generators, tourism and trade. Merritt estimates one out of two young adults in the northeast are unemployed.

Until recently, his church engaged in mostly short-term impact activities, like home-building or teaching Bible school. But about three years ago, he said, he realized he wanted to leave a more lasting legacy.

“Everyone feels good, but problems persisted,” he said.

Meritt and his wife, Patricia Chin Merritt, a Jamaica native, decided to create the Portland Arts and Vocational Education (PAVE) Centre. It provides training, mentoring and hands-on experience needed to succeed in students’ vocation of choice.

“It’s cheap,” he said. “We’re having a big impact with a pretty low investment, especially compared with government programs.” He estimates they’ve spent $112,000 in the two-plus years they’ve been active, graduating 52 students. Merritt has supplied most of the funding. A fundraiser for PAVE’s wave of initiatives is scheduled for March 22.

Merritt is not alone among Miamians preaching the gospel of entrepreneurship.

Evan Rees, a senior vice president at SunTrust Bank with a background in agriculture, has created his own Christian-based entrepreneurship initiative to creative sustainable community gardens in the Bahamas and hydroponic ones in Jamaica.

For example, farmers in Abaco, the Bahamian islands east of Fort Lauderdale, turned bushels of over-ripe tomatoes into 150 jars of tomato sauce that can be sold at farmer’s markets. In Jamaica, his gardens are growing 750 plants-worth of leafy-green vegetables, which are hard to come by on the island.

Merritt and Rees both say the bottom line goal of their efforts is a paraphrase of the Jewish sage Maimonides: Anticipate charity by preventing poverty.

“They have to recognize it’s an opportunity for them,” Rees said. “It can’t just be someone from the outside coming in and running the program.”

“Social ventures can address problems that are too narrow in scope to spark legislative activism or to attract private capital,” is how the Harvard Business Review defines it.

It is also exploring an opportunity fund to invest in Opportunity Zones, which would connect investors with social impact projects in real estate, infrastructure and small businesses within designated areas. Under the new tax laws, investors in these zones get tax deferral and reductions.

Miami-based Radical Partners, which calls itself a social impact accelerator, has a similar mission. It trains non-profit leaders to do their best work. Its current cohort includes leaders from a freshwater conservation group and a company hoping to raise the profile of black media.

For both organizations, outside investors are looking for a monetary return on investment while benefiting the community. Rigorous metrics measure impact.

Merritt and Rees put a different spin on social entrepreneurship: They see their missions as charity. And while they also closely track the progress of their efforts, their goal is to leave those who enter their religious communities with sustainable lives of their own. If their efforts fall short financially, they know they have still made an impact.

But their efforts appear to be so far succeeding.

Pastor John McIntosh of New Hope Baptist Church works with Rees on the Abaco gardening project. He said that once his 1,500 parishoners learn proper farming methods, they will be able to sell vegetables that otherwise would be too expensive to import.

“In my area, there are not much jobs—it’s mostly fishing,” he said. “Now it looks like it will be fishing and farming, a whole lot of people are interested.”

Ainsley Dixon, an operations director on Fisher Island, has volunteered to teach hospitality skills for PAVE, so pupils can eventually set up their own hospitality businesses, like tour guide shops or events planning.

PAVE just received a donation of four sewing machines; a former employee of JOANN Fabric and Craft Stores worker will use them to teach sewing skills. Every Jamaican hotel and villa needs soft goods like linens, towels, dishcloths, and potholders — items that could be made and sold locally, said Merritt.

“It’s social in the sense that it’s changing lives,” he said. “It’s entrepreneurial in that it’s showing people how to be self sustaining.”